Machinery For The Wire & Fastener Industry

The machines are offered as self-standing or as part of a production line.

The self-standing machine accepts pre-cut bars from the induction heating and forges the head in one or two blows.

The hex is formed in a closed die and does not require trimming.

1.   Impact Cutter which accepts long bars and cuts to length.

2.   The line can also accept cut-to-length bars either cold-drawn or hot-rolled.

3.   Chamfer machine which chamfers one end of the bar.

4.   Extrusion mahine, which extrudes the bar end to pitch diametrer.

5.   Transfer machine which guides the bars through the Induction Heater.

6.   Forging machine which forges the Hex on the bars in a closed die in 2 blows.

Videx is also offering Solid-Die, Single-Blow formers which can be used for either hot or cold forming. 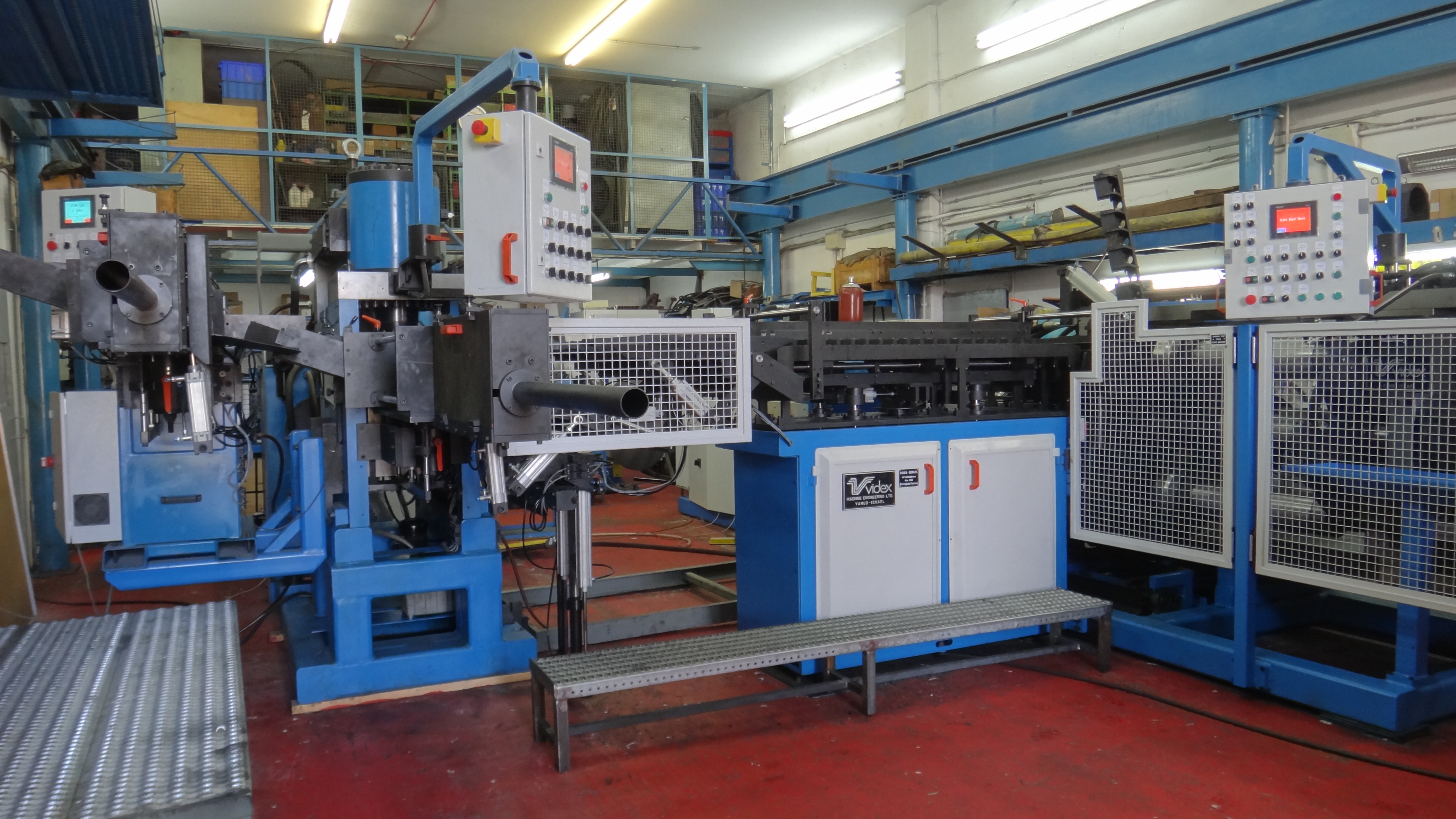 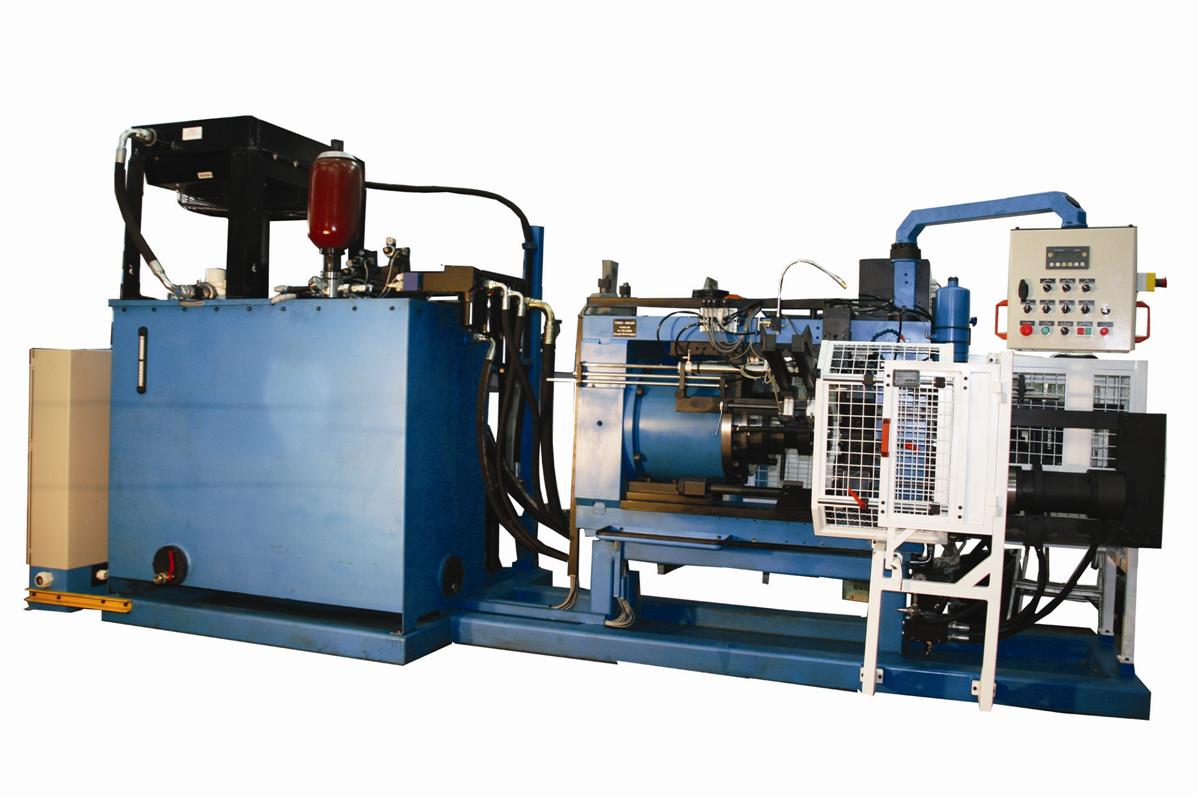 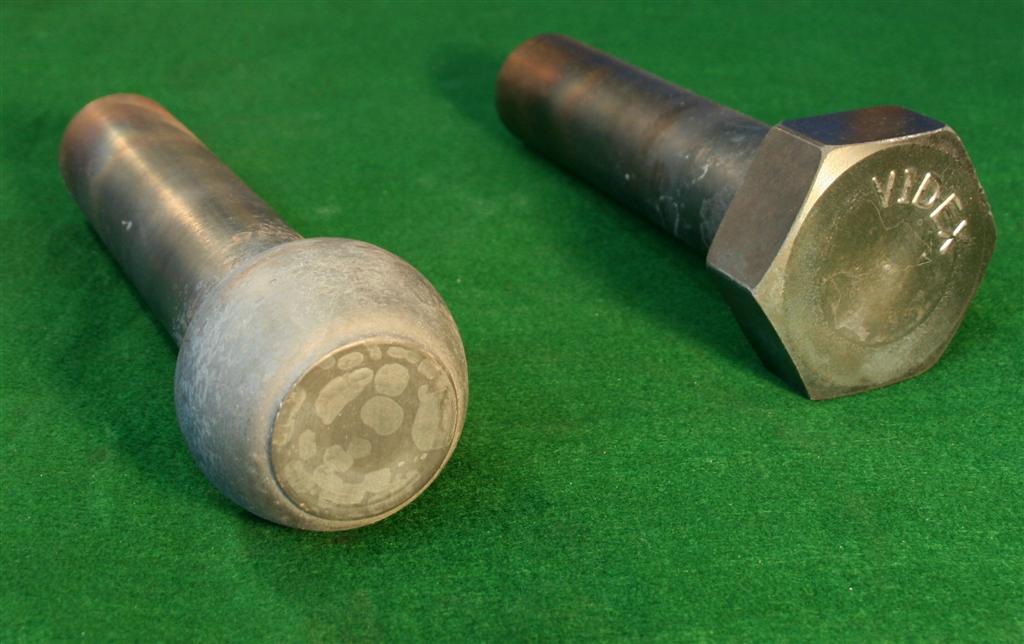 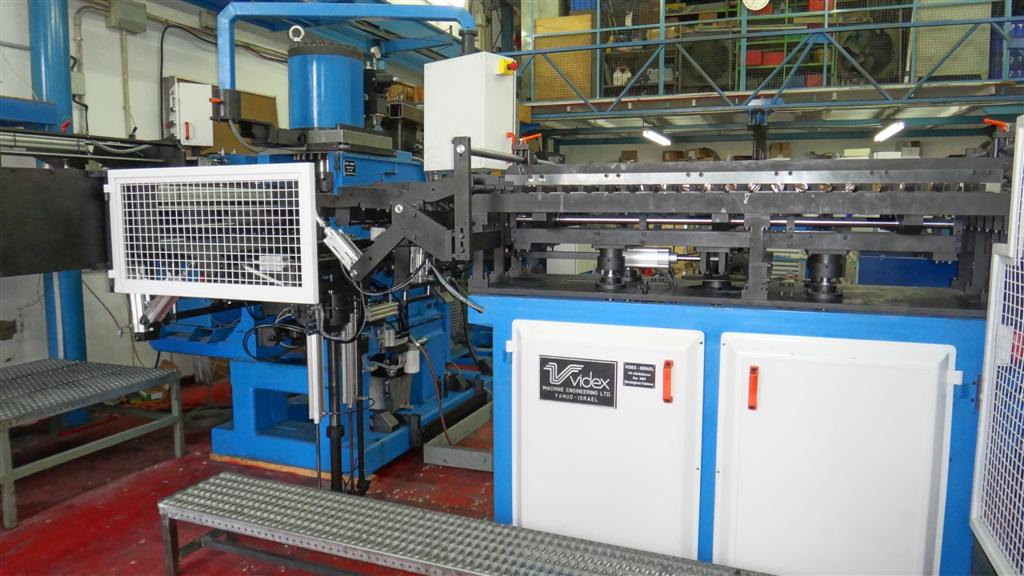 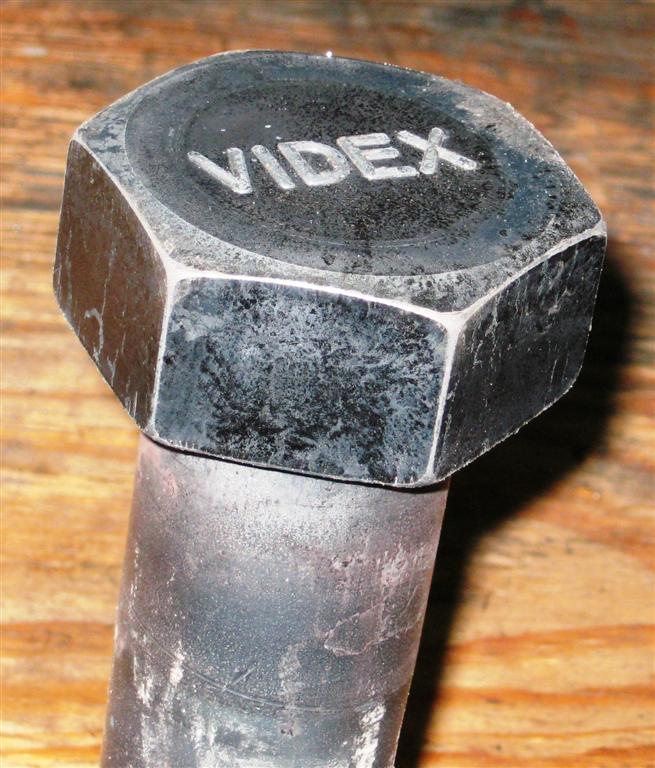 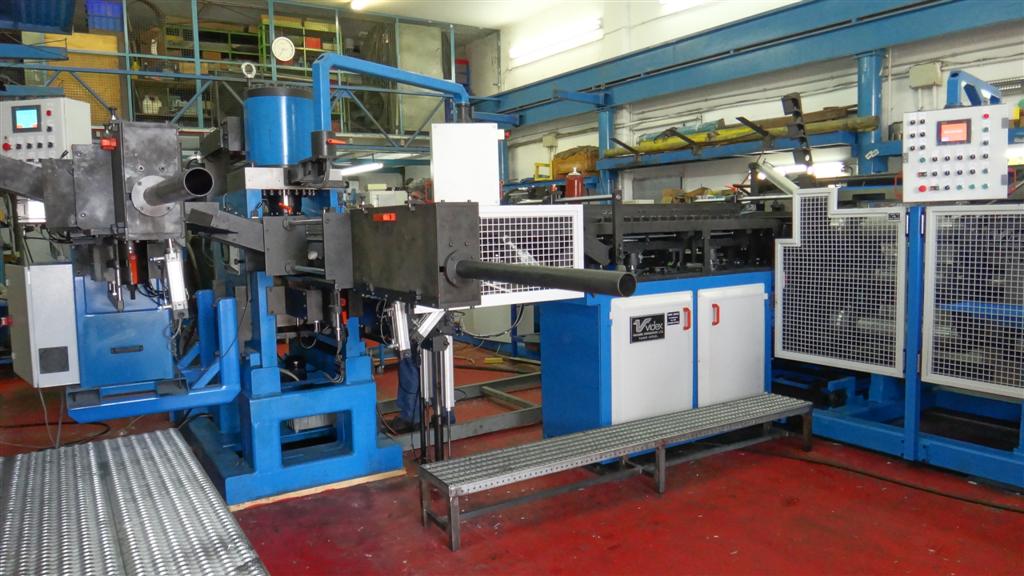 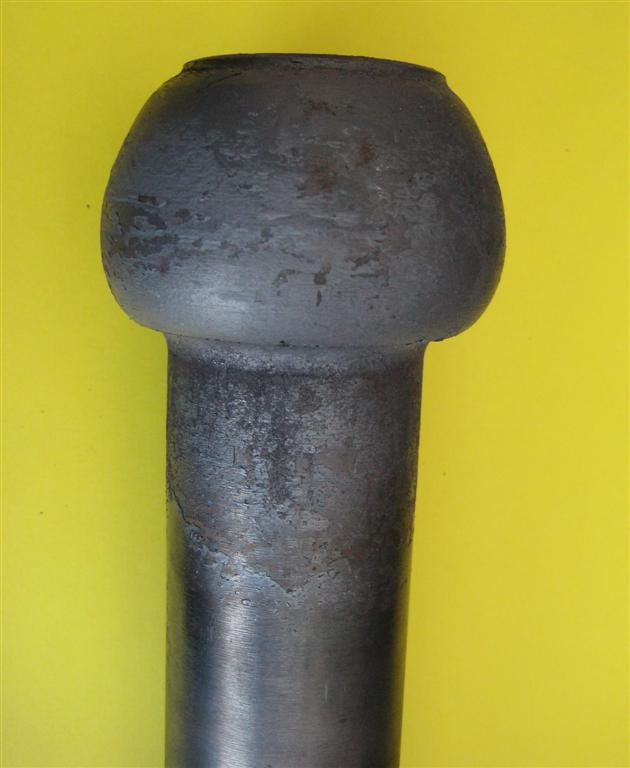